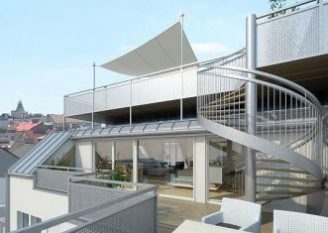 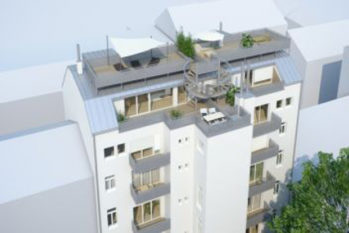 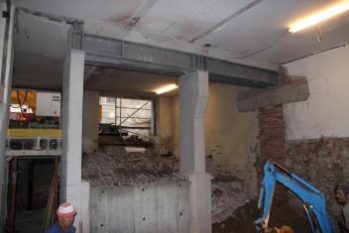 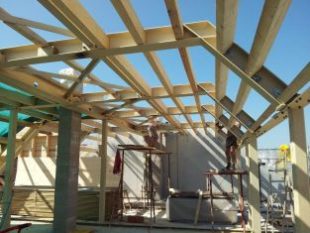 Myrthengasse is a small cross street between Lerchenfelderstraße and Neustiftgasse in the 7th District of Vienna. Built in 1906, the house no. 16 was a factory until the 2nd World War. After 1945, it was used first as a sanatorium and than as a training center. The building was completely renovated in early 2011, creating space for 14 modern apartments for singles, couples and families as well as 3 luxury penthouse duplexes on the top floor. The spacious balconies and roof terraces have a spectacular view from St. Stephen to Wilhelminenberg.

On behalf of the contractor, convex ZT GmbH was responsible for the entire structural engineering in both the permitting- and execution phase. In addition, convex ZT GmbH took over the proof engineering works acc. to Vienna Building Code § 127 and the inspections during construction (Rohbaubeschau).