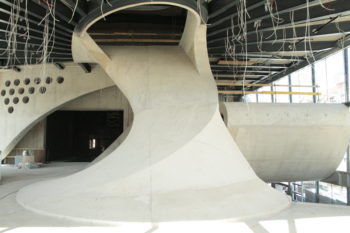 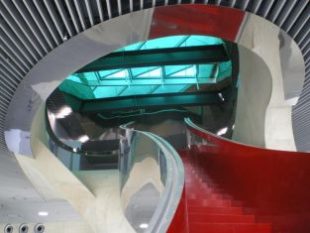 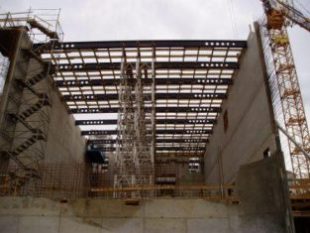 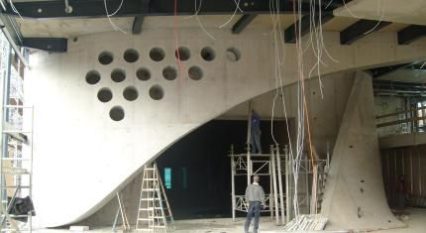 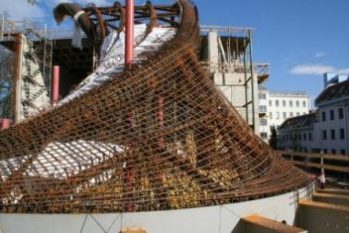 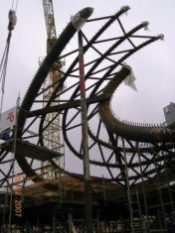 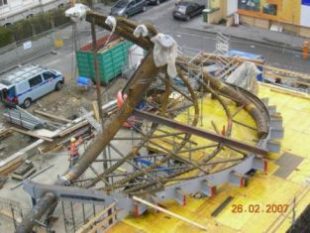 The University of Arts in Graz, Austria erects a new institute building that shall function as an interface between university and public, called “Mumuth”. The international competition was won by the UNStudio/Ben van Berkel from Amsterdam, Netherlands in 1998. Divers, mainly financial reasons prolonged the start of the project. Finally, in March 2006 the construction works started.

The building consists of one vertically directed spiral whose ends are interwoven with its middle part to generate the internal organisation. Differentiating the spiral allows for creating buffer zones between the functions as well as fulfilling the different spatial needs of the various programme parts. The spiral organisation allows for transition zones, offering acoustic buffering as well as forming a secondary routing system which gives the performers a side path, connecting the internal, private functions. Central in the concept of the building is the main hall that can be flexibly used as working place, concert room and music theatre. This main hall has an area of 530 m². Attached to this main hall are a cafeteria, technical spaces and dressing rooms. Furthermore, two rehearsal halls with approx. 250 m² each are foreseen.

The structural design was carried out by the ARGE Statik, a joint-venture of the companies convex ZT GmbH and Zenker & Handel Consulting Engineers.