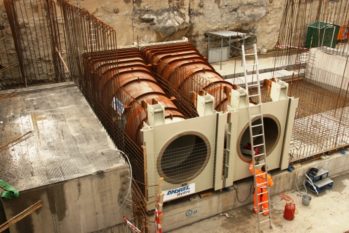 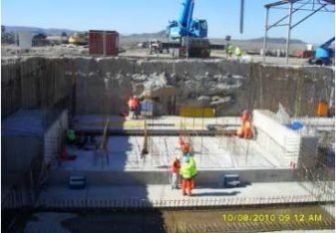 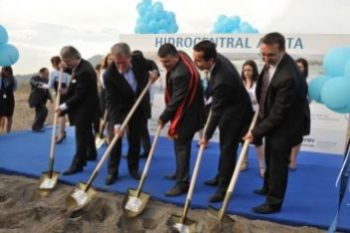 The project company Energji Ashta Shpk, a joint venture of Verbund and EVN, built the hydroelectrical power plant Ashta on the Drin River in the District of Shkodër in northwestern of Albania. With a maximum design discharge of 560 m3/s resp. 530 m3/s in the two power stations Ashta I and and Ashta II, the installed power capacity will be about 48.2 MW. The annual energy output will be approx. 230 GWh/a. For further Information see: www.energji-ashta.al

Ashta I consists of the first power house and uses the existing structures of the Spathara weir, whereby the existing weir has to be increased with a moveable gate, built as a rubber dam. The structure of Ashta II includes a headrace channel, the second power house and a tailrace channel. The structures are situated in a highly seismic area. On behalf of Verbund, convex ZT GmbH is acted as the checking engineer of the civil and structural design works, and carried out the detail design of two buildings.